So the red mare and I went for a hack down the road.  I figured it wold be interesting since she had 3 days off due to me being at the horse show, having a horse show hangover, and then going to ride Studly while Shimmer-E took a mini-family vacation.

I was not wrong.  We had FORWARD, and not much else.  I figured rather than getting into a fight with her it was easier to let her wear herself out.  So we trotted.  And we trotted.  And we trotted some more.  We went about 4km before she was willing to listen and do some work.  We managed another 6.5km of decent work, including a few decent changes on the straightaways.  Mostly though we just did transitions.  Both between gaits and within the gaits.  I've been focusing on really using my core to control the zoomy mare rather than getting into a pulling match (which results in her nose going to her chest).  My abs and back hurt by the time we got back.  I've also been working on lowering my center of gravity and having more weight in my calves, resulting in sore legs. 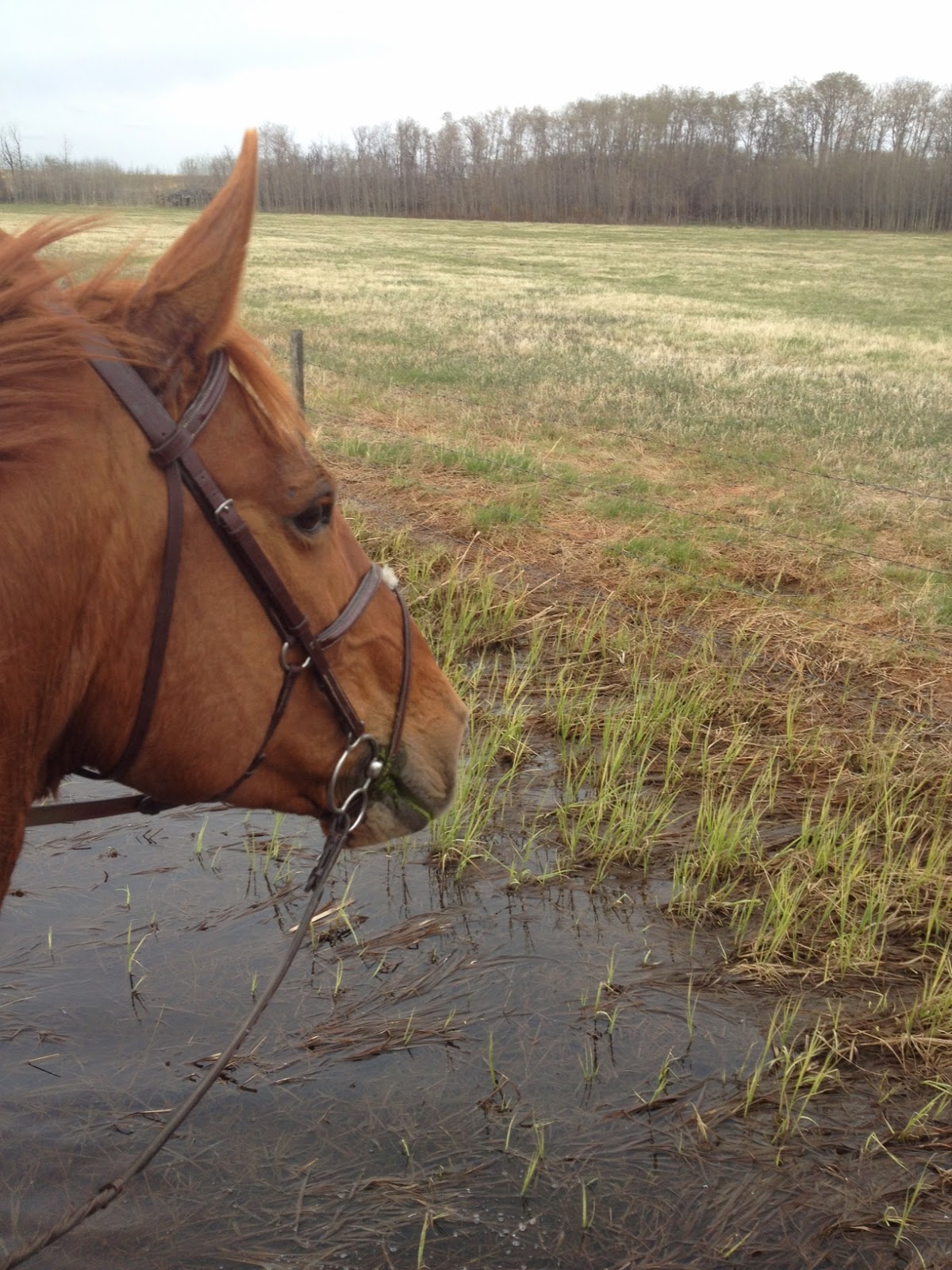 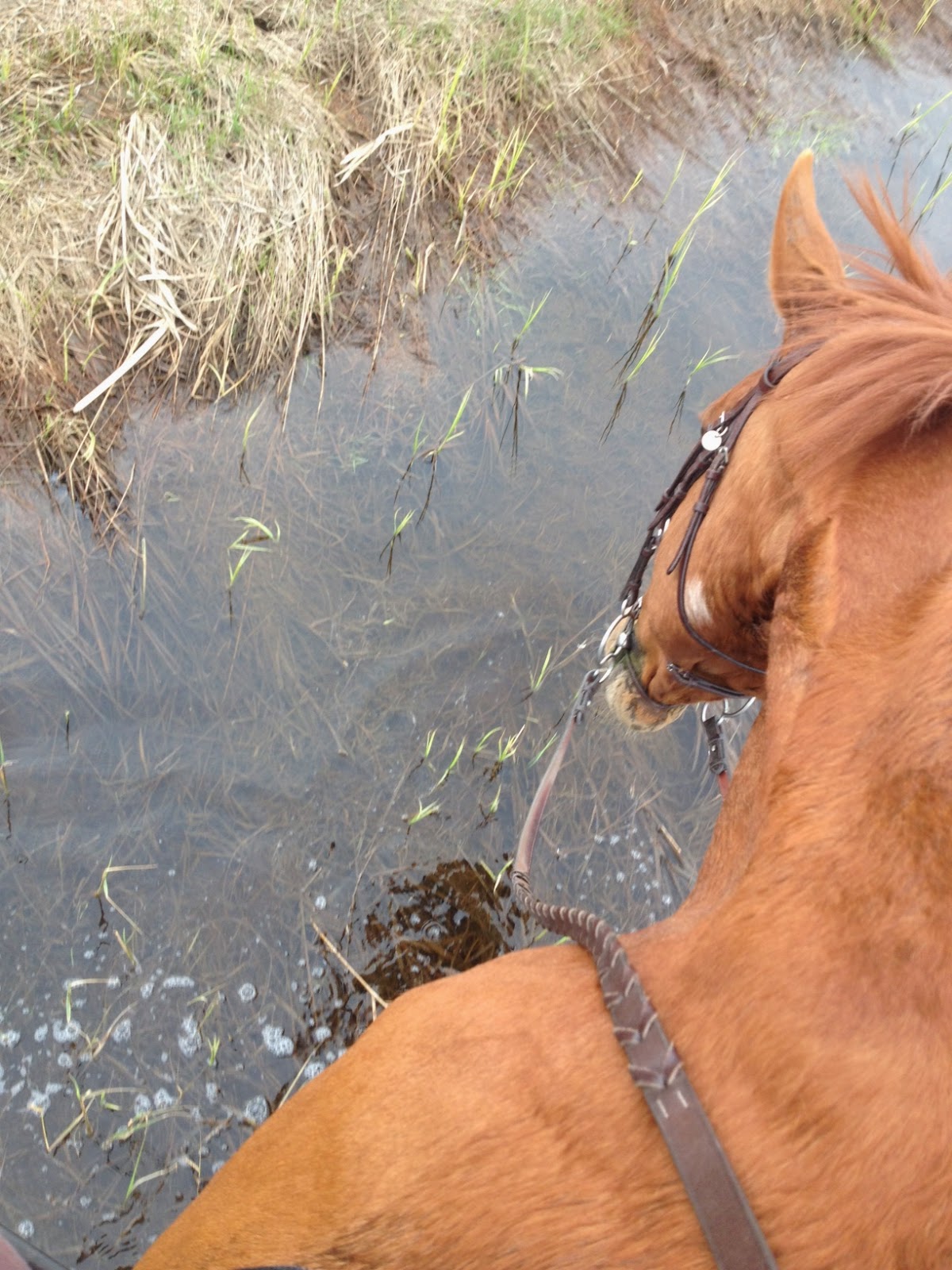 We also played in the water without any drama.