So Friday saw the mare getting her feetsies done.  We had to put new shoes on the front since we wore the toes right down.  First thing my farrier said was "Well you've sure been riding".  As much as resets are much easier (her feet are crazy round and huge, so it takes a ton of manipulation to fit her shoes) I love her new shoes.  She's in a different shoe now, with clips that are much more forward.  My farrier would have liked to put her in a toe clip but he didn't have any shoes big enough so she got the fancy German shoes.  Hopefully we can get at least one reset out of them!
Saturday, Isabel and Erin came and picked me up and we were off to Blackfoot Grazing Reserve for the first big trail ride of the year.  Erin hasn't been out on an actual trail ride since she came off a year ago and broke her back so she was justifiably nervous.  But Spider was fabulous and we went on to have a lovely ride were we did a bunch of trotting and cantering.  We ended up going just over 10 miles in 2 hours.  So a little slower my normal pace but still quite a good clip.  It was so nice to actually get to ride with other people.  I've been hacking out by myself too much! 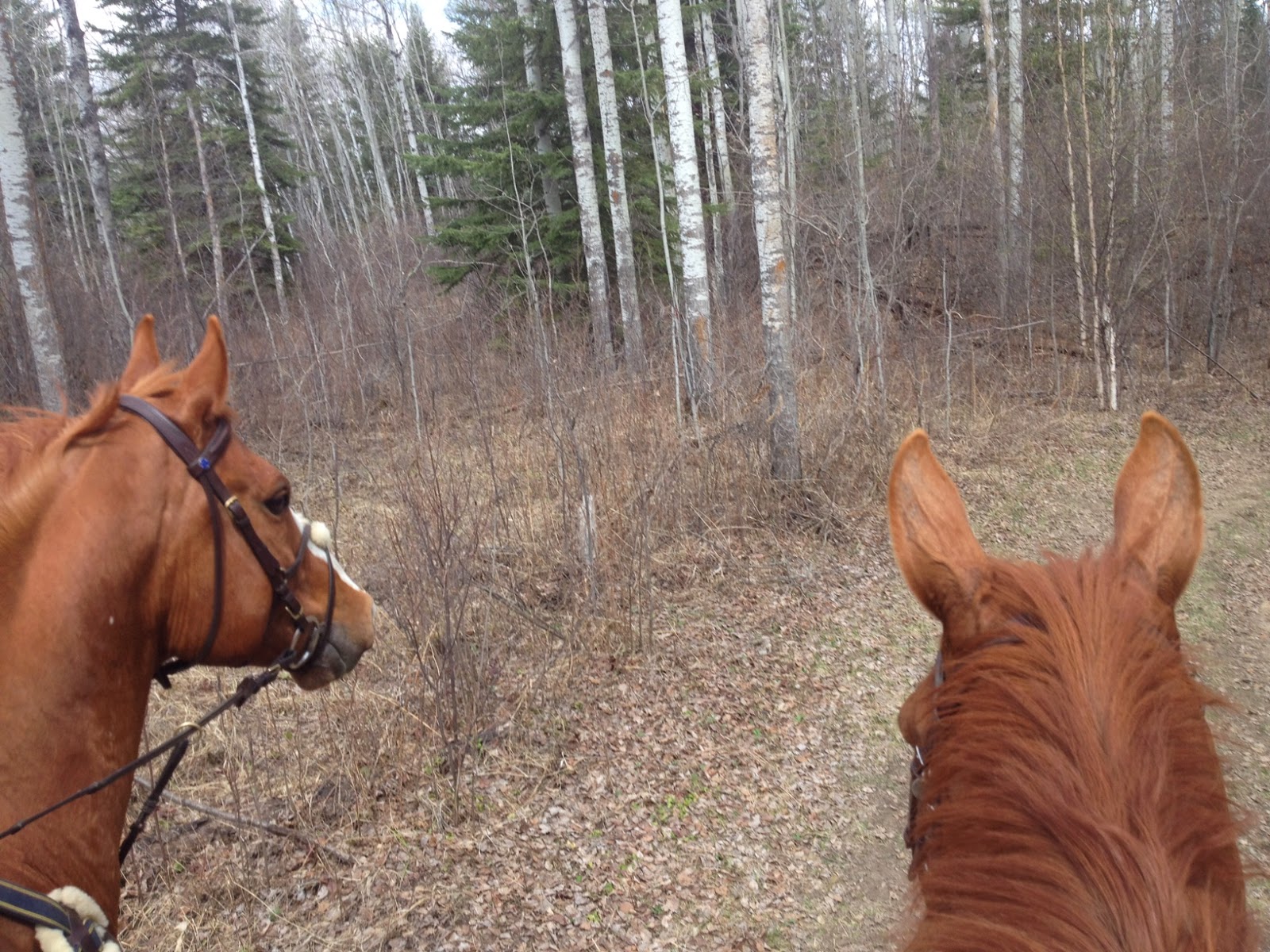 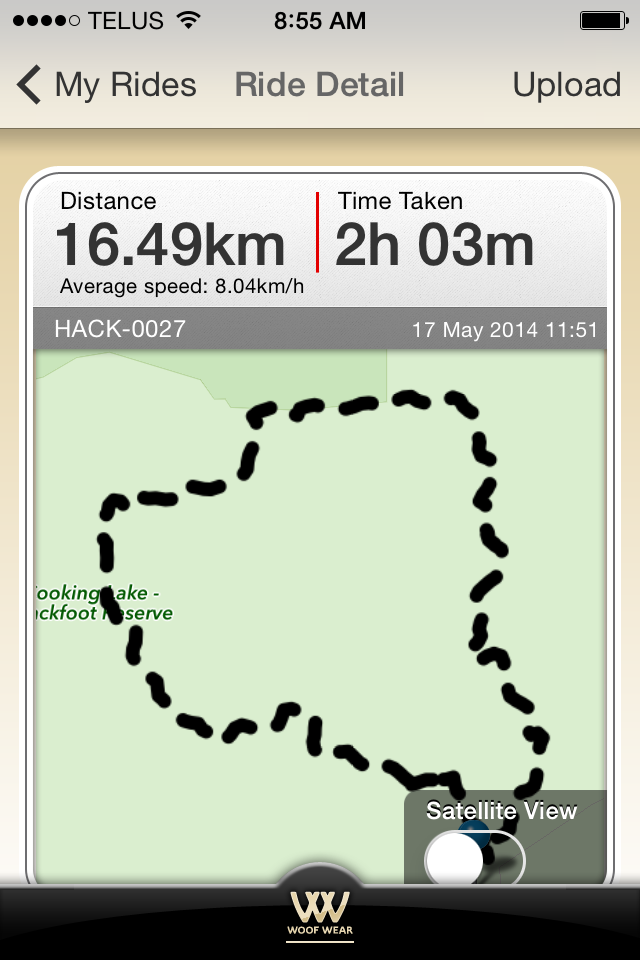 On Sunday we went cross country schooling again, this time with our coach.  Once again the mare was fabulous.  We had a few bobbles, but for the most part she was forward, brave and willing.  Even after our big hack the day before she showed zero signs of being tired.  We worked our way through pretty much every complex at Beaumont, including banks, ditches and the water.  We're back there next weekend for a derby so it was nice to have a chance to school beforehand.

I really need to work on not having a moment of hesitation.  All it takes is a split second and the mare will take advantage of it.  She's more than capable of jumping everything I point her at and I need to ride her like she's going to jump it or die rather than giving her the opportunity to make her own decision.  Especially since her decisions can include rearing and spinning.  Not fun :( I also need to remember to bring my corks.  We had a couple of slips that shook the mare up a little.  I have the holes drilled in so I can use them (when I don't forget my kit in the car).

Straightness is also a new goal, especially on the banks.  She seems to have developed a wiggle and a preference for angles.  I need to be a better driver so that I don't set her up for a run-out, not after all our work to kill the run-out.

All things considered for her second time on a cross-country course I was super impressed.  She's gong to make an eventer yet!
Monday I had the osteopath out since her back has been bugging her quite a bit.  I've been putting her Back on Track sheet on every chance I get but she obviously needs some help.  I was running behind so they got started without me (he works with my mom so zero trust issues here).  They found quite a bit in her back related to that awful hematoma she had in March.  Also found some new stress in her jaw.  I hoped up on her to take her through her paces and see and even after two days of hard riding she WAS NOT TIRED.  She was spooky, reactive and just generally up.  I'd been on for 5-10 min and she took a misstep and was 3 legged lame.  I guess it's better for it to happen when the osteopath is there but I wish it hadn't happened at all.  Seems like she twisted her knee quite good.  After taking the stress out of she was no longer dead lame but she was short on it.  He figured it could take a few days for the tissue to recover.  Thankfully she gets Tuesdays off while I go to yoga anyways.  Fingers crossed!

Overall it was a great weekend.  It was also my last free weekend until August so I managed to devour 5 books, hang out with the non-horsey bestie, and play the dog out completely.

Posted by LoveLaughRide at 09:21