One Goal Achieved, Another Failed

So I have set a goal for myself to ride sidesaddle at least a couple times a week from now until the July long weekend when I am off the Bar U for an intense 3 day sidesaddle clinic.  I want to make sure that I am in good enough shape to do it.  And sidesaddle uses muscles I didn't even know I had! 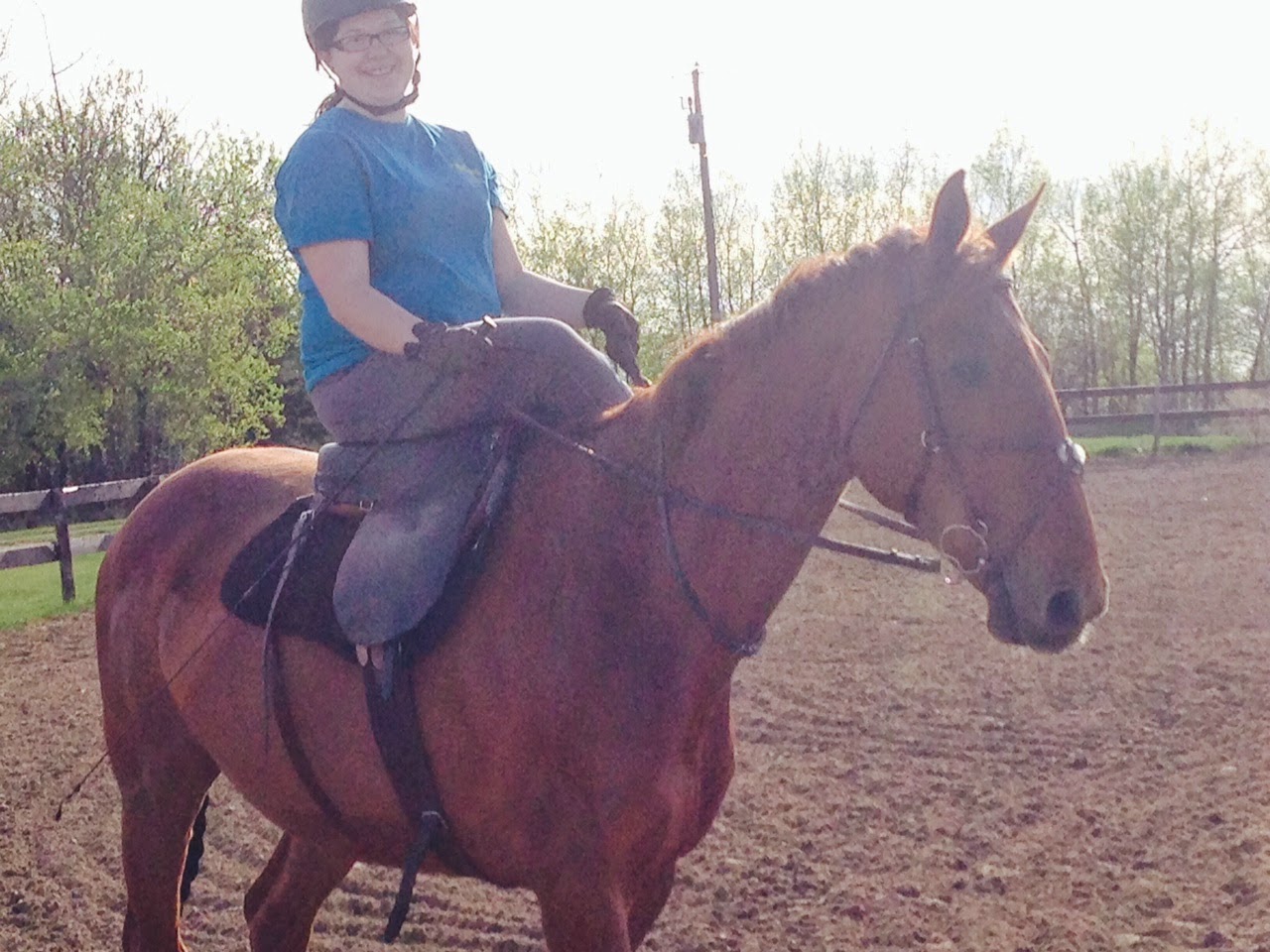 Today the sidesaddle made the trek out to the barn, where it will live for the foreseeable future and the mare and I warmed up for our lesson in it.  She was fabulous considering this was her third time in it.  We had lovely WTC with leg yield both ways! 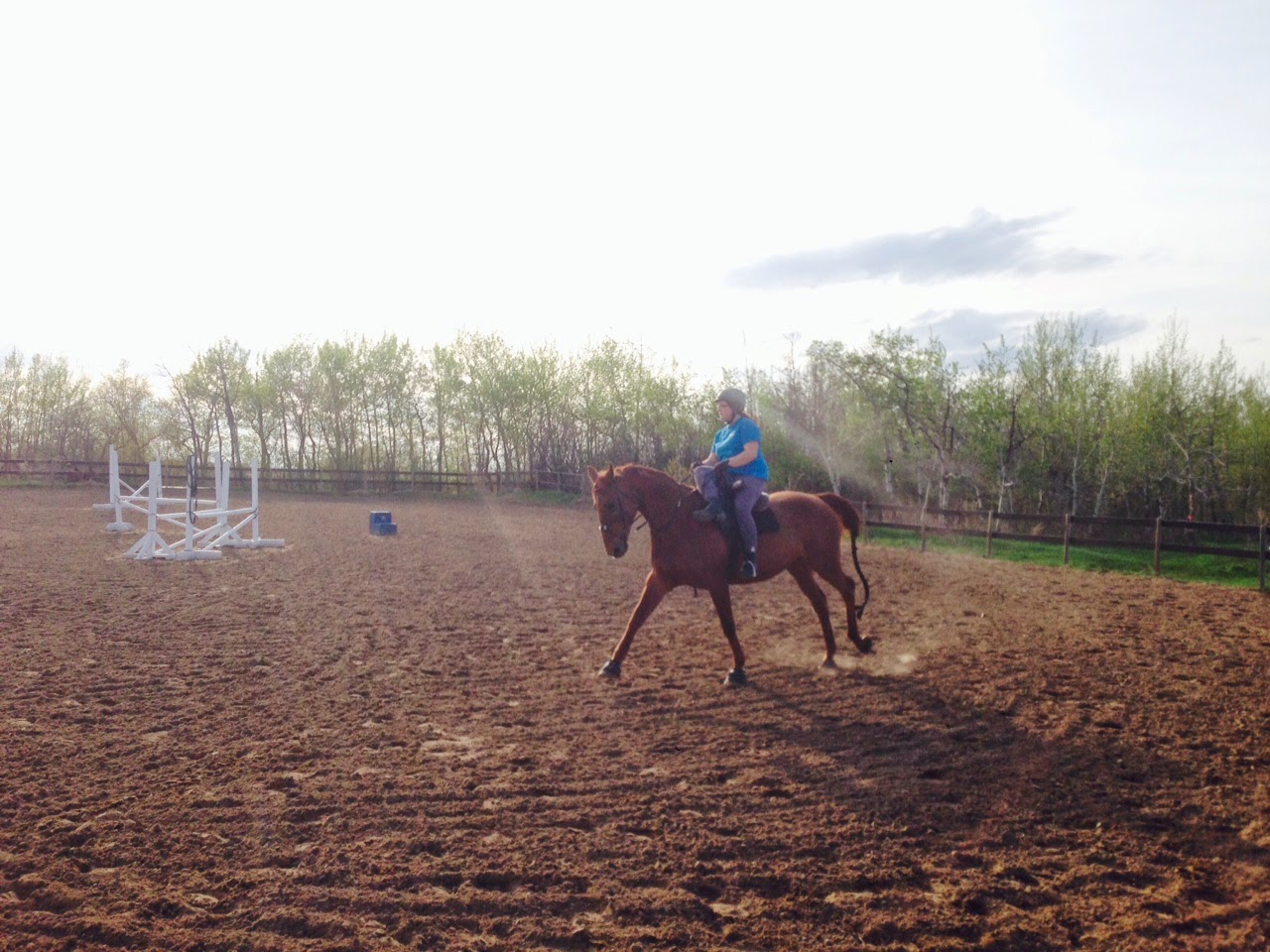 Next up was our jumping lesson.  Just the day before I was commenting that I wanted to go a whole month without falling off.  Apparently I jinxed myself because I came off during the lesson (Friday would have been the month mark).

The lesson actually went really well.  The course had lots of tight corners to encourage me to use inside leg to outside rein and a super tight lower leg.  It was only myself and Hannah (who's horse it significantly greener than mine) so we started out with 2'3" fences.  Eventually Erin moved them up for me because she feels the mare needs some bigger fences to get her attention.  We were doing about 3' and there was even an oxer! 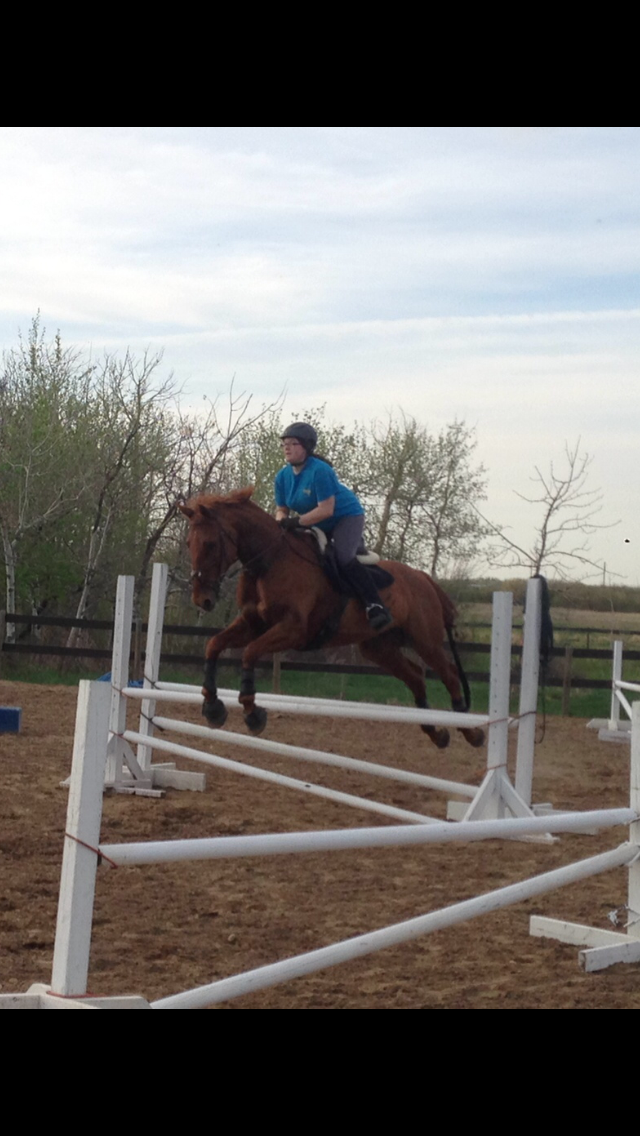 On what was supposed to be our last go it kinda fell apart.  It was going well until the 2 stride where she got a little flat and pulled a rail (she hates touching fences).  It's a little blurry but we came aroun the corner to the oxer and I think I chased her to it and then she just didnt' get enough to get over it.  We crashed through it in spectacular fashion.  Rails and standards flying everywhere.  I just tossed forward onto her neck and accidetally grabbed her with my spurs.  The mare bolted towards the arena fence (apparently everyone thought she was going to jump it) and at the last minute ducked to the left.  That duck was the end of me.  I came off and broke my fall with my face :(  Thankfully I mostly rolled under the fence, only clipping my arm on the rail and grazing my helmet off the post.  But I did have a bloody nose and a wicked sore face.

I got myself mostly cleaned up, hopped back on and did the whole course again.  We had one run-out coming into the 2 stride but it was completely my fault.  I was shaken up and basically looking for a way out and she obliged me.  We represented and the rest of the course went very well, including a giant effort over the oxer.  It was a good lesson despite the bobble which resulted in my first ever bloody nose.  Only sad thing was The Boy (hence why I have actual proof I ride my horse) was there and I think I terrified him. 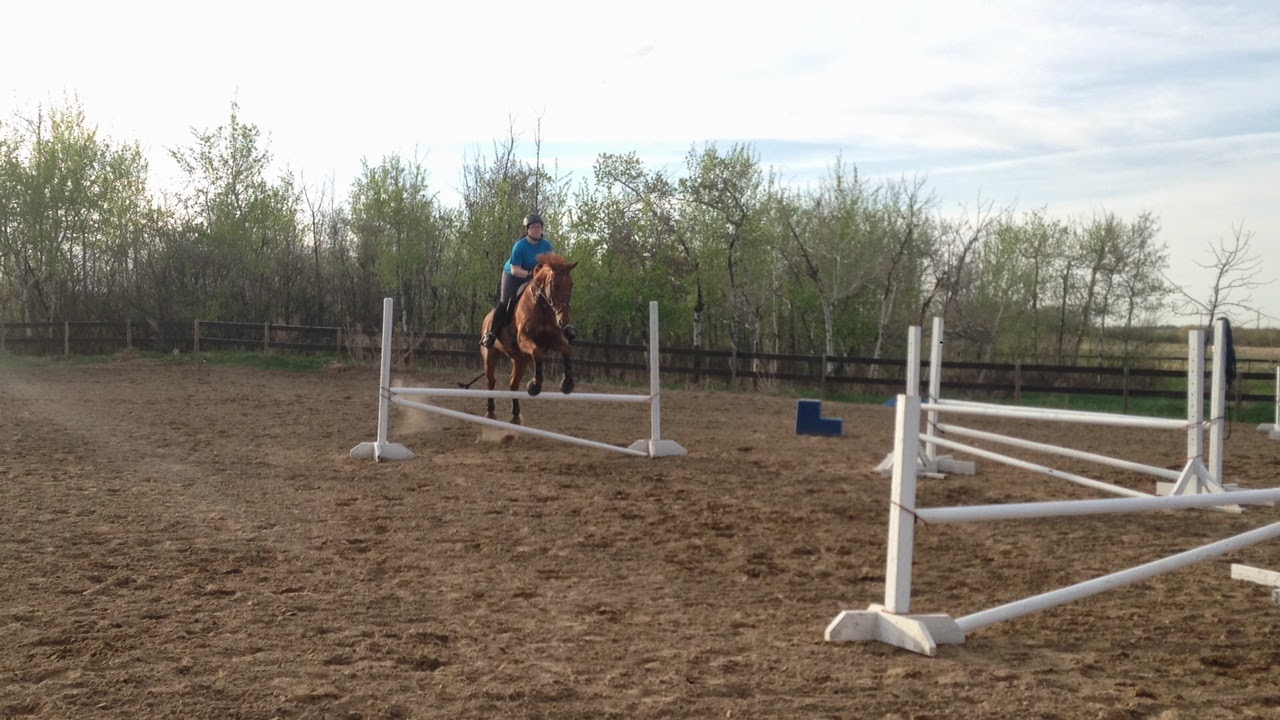 Posted by LoveLaughRide at 09:41