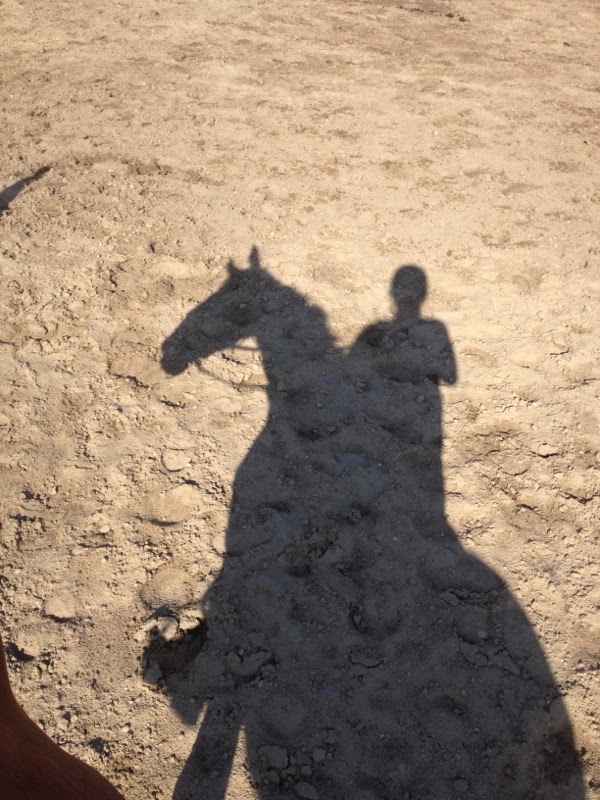 For the first time in weeks it did not rain on Wednesday so I was finally able to have a jumping lesson.

I have been riding the mare in a hackamore at home lately so I threw that on so the coach could see it in action.  The consensus?  We both like her in it but we both really like how it forces me to use my legs an core.

The whole lesson focused on keeping her slow.  Very slow.  When she gets fast she takes one step to the side and we are already blowing past the fence.  There was a two stride set up and I could keep her nice and compressed until after the first fence, at which point she takes off.  So we worked at stopping in the middle.  The goal was to stop with enough room to trot the next fence.  I was struggling to get the stop but as soon as my coach said "You were a western rider, sit your butt in the saddle and make her stop" it clicked.  I was able to get the stop and we had one trot stride to the fence.

We then put it into a course and I rode like I was going to stop but then asked her to keep going.  It resulted in us getting 3 strides in the 2 but at least I was in control!

There were lots of tight turns that really forced me to turn with my body and legs since if I tried with my hands the mare shot her head up into the air and didn't even try and turn.  The hackamore really highlights my shortcomings.

Overall it was a productive ride but it sure wasn't easy.  My abs hurt by the time we were done, which I guess actually is a good thing.

Posted by LoveLaughRide at 09:00