Fuzzbutt Is Not So Fuzzy

5 years ago I decided that it was ridiculous to pay someone to clip my horse when after 2 clips it would completely cover the cost of buying my own clippers.

So after googling like a maniac and reading every review I could dig up I bought the Andis AGC2 Super 2-Speed clippers. I only had one horse to clip twice a year so I figured a smaller clipper would be sufficient for me. 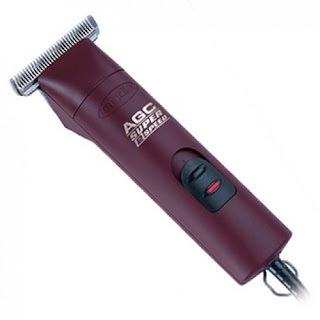 I love these clippers when clipping a regular horse. They don't cut it when you have to shave a yak. Last year I would wear out the (plastic) blade driver half way through Dee's clip. It was an exercise in frustration considering she had to be clipped 3 times between September and January.


So this year I figured it was time to upgrade to some heavy-duty clippers. I purchased a set of Lister Star's off of a FB group back in June. I was really excited about them as when I had originally done my research they were my second choice. Unfortunately they never arrived and the seller (whom I had met 6 months before at a clinic and she seemed legit) has been a nightmare to get a hold of. Basically I can kiss both my money and the clippers goodbye. Sometimes people just suck.

So this left me out the money I had for clippers and without a set of clippers that would work for my beast. I decided that clippers were more important than that one last schooling show and was able to find a set on FB from someone local.

I now have a set of Oster Clipmaster's. Not my first choice, but I was able to snag them for less than 1/2 of retail and they've hardly been used. 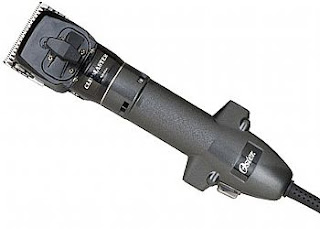 I decided that this year I was not even going to try and start with a trace clip (last year Dee's clip got more aggressive every time) she's just too fuzzy. So a modified hunter clip was the aim.


I'm not sure what got into Dee but she was a cow to clip. She wouldn't stand still for anything. so her clip ended up looking a little jagged. I figure the clipper tracks will be gone within a week or so and I'll clean up the edges on her next clip. That's the best part, no matter how bad you screw up, it grows back.

While the heavy duty clipper are awesome in that they don't quit half way, they do leave some things to desire. They are much more heavy and awkward than my AGC2's. But the worst thing is by far that they blow hair all over, and by all over I really mean right into my eyes. If you cover the openign with your hand they heat up super quick. It's not a deal breaker but it is super annoying. I figure one day I'll learn to hold them the right way so I don't get nearly as much hair in my face.

The Boy says I can no longer call her FuzzButt since I took away all her fuzz. I let him keep his delusions that she won't be fuzzy again in 2 weeks.

Posted by LoveLaughRide at 08:22

Email ThisBlogThis!Share to TwitterShare to FacebookShare to Pinterest
Labels: clipping