I've officially reached a life-goal! I have my ponies in my backyard. 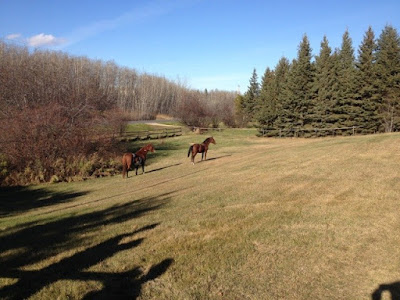 It was a bit of an insane weekend.  On Friday I was setting up temporary fencing because the back fences require quite a bit of work. We've got to mulch/chop down a bunch of trees that are right in the fence line before we can even begin to replace the fence.

Saturday we insulated the attic. Let me tell you, that is it's own circle in hell.  I now understand why people pay people to do it for them.  It's not a complicated process but it is miserable, thankless job.  But at least it is done and we won't see all our heat escaping out through the roof.

Sunday we actually moved all our belongings in. We've got some awesome friends so everything was moved in in under 2 hours, and now my entire house looks like it exploded boxes and furniture.


The exciting part is that both my ponies made it safely home.  I picked Chase up on Saturday evening and he unloaded and settled in right away.  He seemed a little out-of-sorts being all by himself, which resulted in some minor pacing. The appeal of grass kept him from doing to much fence-walking.

Shimmer-E and Sarah hauled Sullivan over on Sunday afternoon.  He loaded reasonably well (for never having been in a small straight haul) and hauled really well. When he got off the trailer, the first thing he did was try and kick Jill's head in because she was running around like an idiot. I'm glad she can't get into the field because the #littleasshole really doesn't like dogs.

Once I turned him out with Chase the two of them became fast friends. Sullivan tested the fence once, got shocked and squealed, farted and bolted.  I've yet to see him go anywhere near that side of the pasture since. 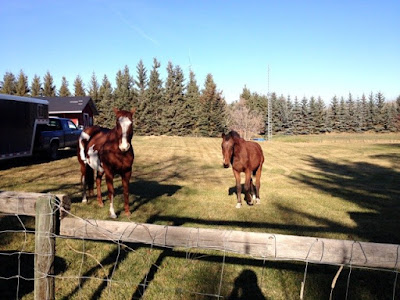 I keep standing at the window and watching them just graze.  The Boy thinks I'm a little strange, but he's learned to just roll with all the crazy horse nonsense.

I'm siting in class working on this post and I just received this photo with the comment that Chase has decided that all the cookies are his, and iPhones are a terrible tease because they don't taste good. I think he's liking having horses at home too. 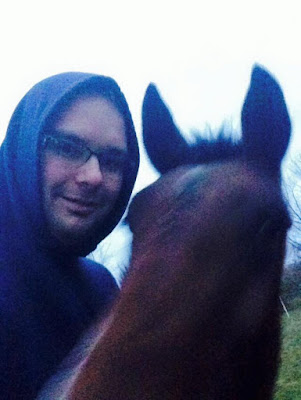 Posted by LoveLaughRide at 19:29