And We Go Hunting!

A friend and I decided that we were going to haul down to Calgary to join their Halloween Hunt.  I've only been on one hunt, and it was by turns the most terrifying and exhilarating experience.  It should be mentioned that I was living in Ireland at the time and participated in an actual fox hunt.  I jumped giant fences and hedges where you have no idea what is on the other side.  It was an experience for sure.

From what I'd been told the Calgary Hunt Club runs a really enjoyable afternoon so Jacky and I loaded up and hauled 3 hours down to one.

Best Pony'd regin of awesome remains intact!  It was a blast but it turns out that out on a hunt I will likely need something just a touch stronger than a simple french link snaffle.  Dee was convinced that "zoom" was the only acceptable speed and I was hard pressed to tell her otherwise. 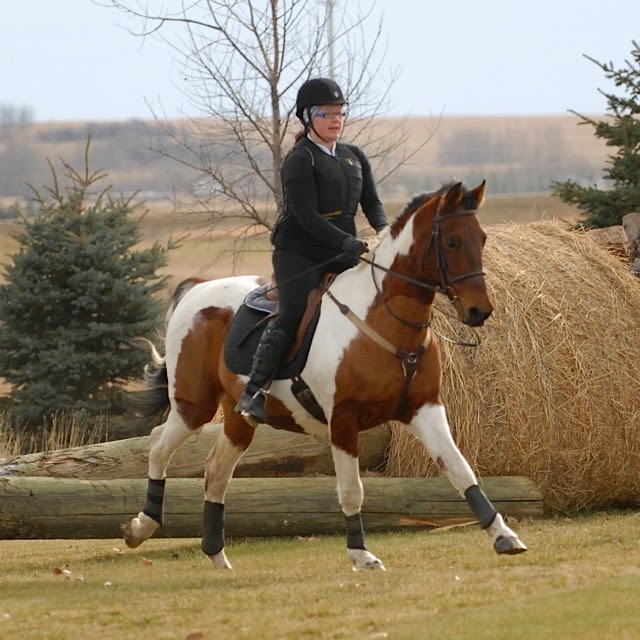 She was brave and bold, jumping the scary spider jump without hesitation (after the hunt master and 3 others refused it).


Next fall I'm hoping to make it down for more of the hunts because it was great fun and everyone was super friendly and accomodating.

Posted by LoveLaughRide at 14:48