So William is still lacking a show name. I really want to register him for a TIPS number but can't do it until I settle on a name. 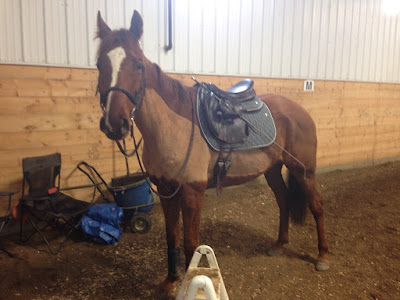 His JC name is Hes the Fashion, which I just can't stomach as a show name, so something new is needed.

I'm drawing a total blank on what to call him. I've actually never been this stumped. I've named plenty of horses, including helping out friends but for some reason I can't come up with anything for William. So I'm reaching out to the awesome blogger community for some help.


So far the suggestions are:

Horsewithnohashtag (in an ode to his instagram hashtag)
Some fashion designer/brand (William Tempest, William Rast, William Morris)
William the Red
Billy Corgan (Because my brother calls him Bill, no matter how many times I correct him that it's William and Billy Corgan apparently prefers to be called William now)

Posted by LoveLaughRide at 08:56

Email ThisBlogThis!Share to TwitterShare to FacebookShare to Pinterest
Labels: William